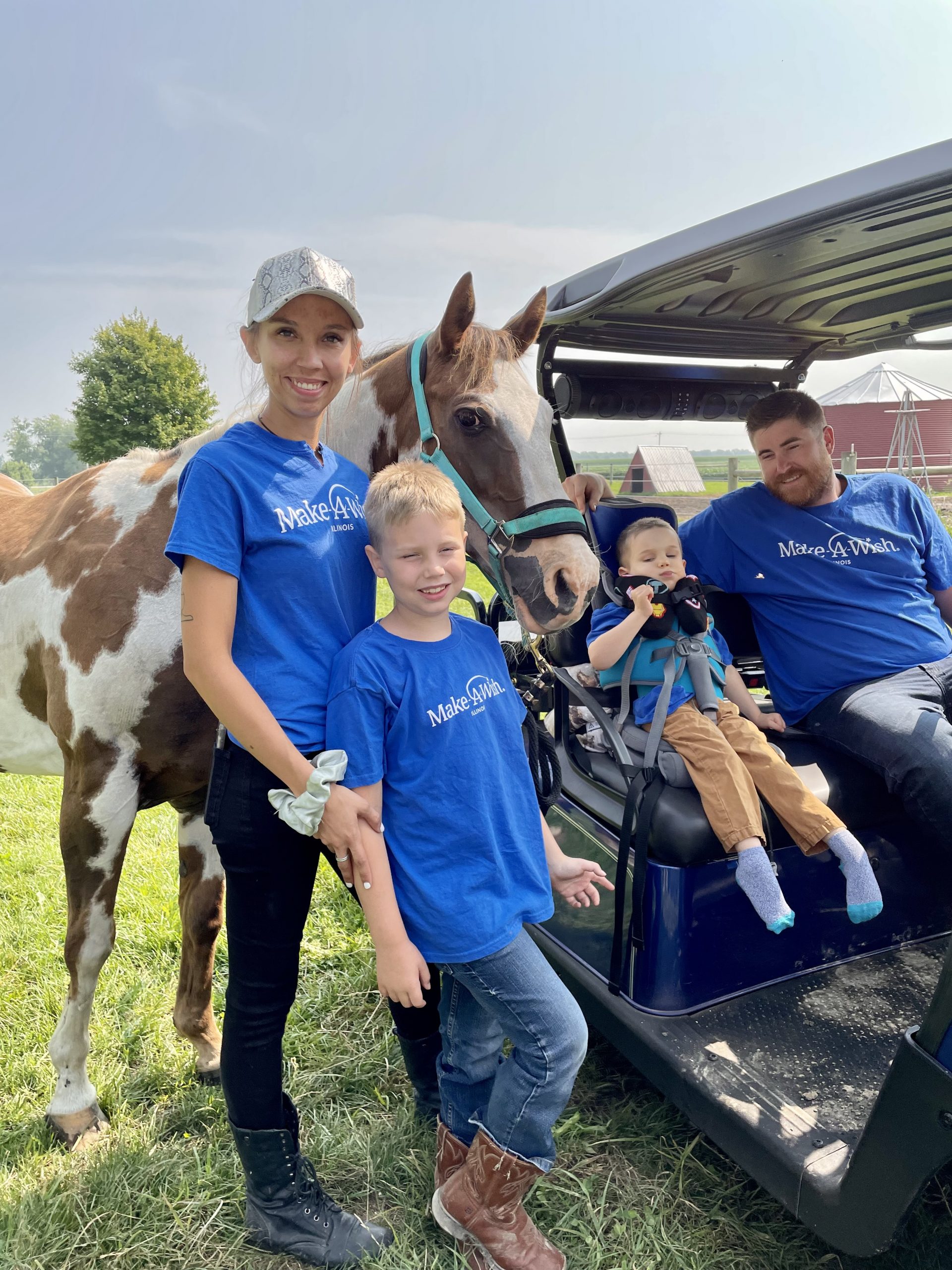 On October 15, 2017, Axel became a loving addition to Colby and Lexi’s family of four. He was a happy healthy growing boy, completing all milestones the first year of life. However, after his 2nd birthday, Axel still struggled with walking. After multiple doctor appointments and various delayed testing, the Riordans still had no answers. It wasn’t until an ER admission that Colby and Lexi were told the news that every parent fears. Testing revealed that Axel suffered from early infantile MLD. To say Colby and Lexi were devastated is an understatement.

They have witnessed Axel losing simple abilities such as sitting up and swallowing. They know with time the progressive disease will spread, but Axel’s parents are so thankful for the support they have from their family and friends. It just so happens that a lot of their support team consists of real-life nurses, too. Also, Axel has the BEST big brother ever, Ryder, who loves him very much.

Axel’s parents find themselves heading from Illinois to UPMC, which is out of state, for specialized medical care. Some days, Lexi feels very accomplished in terms of helping Axel, while other days are just completely exhausting. She knows they have a long, scary road ahead, but no matter what, they will continue to fight for “Ax man” because he deserves it, and nothing will hold him back!

“Newborn screening is very important to us. Since MLD newborn screening cannot change our path at this time, we need to know we’re making a difference so other families may not have to endure this type of heartache.” – Lexi, Axel’s mom

The process for adding new conditions to federal and state newborn screening panels can be lengthy. Through the Recommended Uniform Screening Panel (RUSP), the U.S. Secretary for Health and Human Services (HHS) puts forward a national recommendation for conditions that all newborns should be screened for at birth. However, each state has the authority to determine what conditions to include in their local NBS program.

On average, it takes 6 years for a condition to move through the federal nomination process and, if approved, be included on the RUSP.1 Further, in Illinois it takes an average of 2 years* for the state to begin screening for conditions once they are on the RUSP.2 During these “gap” years between RUSP nomination and state adoption, the approximately 140,000 babies born in Illinois each year miss the opportunity for screening, limiting their chances to receive early diagnosis with a condition, and in some cases, access to potentially life-saving therapies.3

*based on most recent timelines for the four most recently added RUSP conditions.