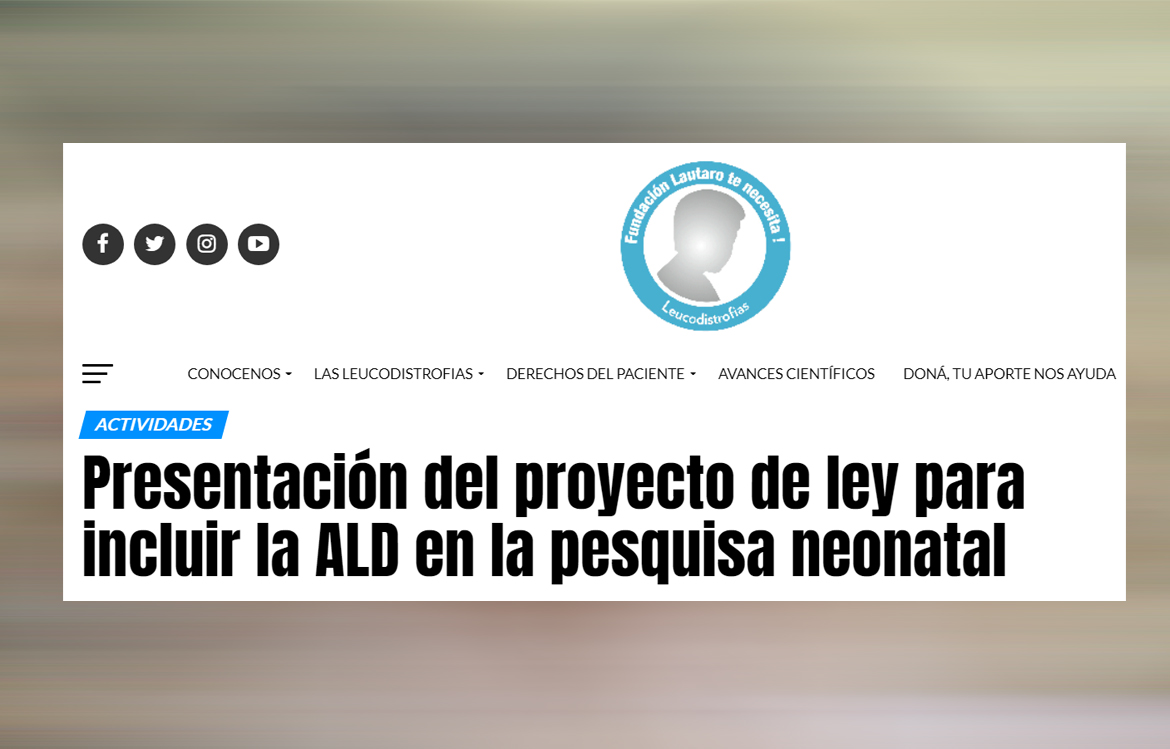 On Friday, October 9, 2020, Fundación Lautaro Te Necesita introduced a law to the Buenos Aires Legislature requesting to include adrenoleukodystrophy (ALD) in the city’s newborn screening panel.

ALD is a genetic condition that manifests in irreversible health problems and requires regular monitoring after diagnosis.  While there is no cure, newborn screening allows treatment to be delivered during an optimal time frame that maximizes benefit for the affected individual.

“The key to saving lives is the early diagnosis of ALD through neonatal screening, which allows for prospective monitoring of adrenal function and the appearance of brain ADL. A test for neonatal screening has been developed. This test detects elevated levels of VLCFA (such as C26: 0-lysoPC) in blood droplets.”

In the United States, the state of New York added ALD to their newborn screening panel in 2013.  And just a few years later, ALD was added to the Recommended Universal Screening Panel (RUSP) in 2016.  Now, there are several countries currently screening or beginning pilot screening programs for ALD including the Netherlands, Australia, and Italy.

After meeting with numerous health officials in the city of Buenos Aires, Fundación Lautaro Te Necesita is hopeful that by 2021, sanctioned by the law, the city will begin testing for adrenoleukodystrophy.

You can access more information about this project here: https://fundacionlautarotenecesita.org/presentacion-del-proyecto-de-ley-para-incluir-la-ald-en-la-pesquisa-neonatal/

Learn more about which US states are screening for ALD by visiting our newborn screening map.